The AGORA building, in the heart of the hospital campus.

The AGORA, flagship of the Swiss Cancer Center Léman (SCCL), embodies the vast project underway in the French-speaking part of Switzerland in favour of Life Sciences.

By bringing together 300 doctors, researchers and bio-engineers under one roof, the AGORA platform creates an interactive community of expertise on a single site. Its innovating architecture and open-plan design is geared towards facilitating the transfer between disciplines, researchers and clinicians. The building can rightfully be seen as a giant "tool box" in the fight against cancer.

On October 3rd, at an official ceremony attended by over 300 guests, the ISREC Foundation inaugurated AGORA, in the heart of the University hospital campus.

The project was completed in record time; in 33 months, 11,500 m2 of laboratories, technological core facilities, offices, meeting rooms, common areas, an auditorium and a restaurant were created.

Trademark of the German architect Stefan Behnisch (Stuttgart), the avant-garde architecture seeks to foster interactions between scientists, clinicians and students, even the public, through common open spaces of which the atrium at the entrance of the building is but one example. The first researchers have already moved in and the rest will take up their places over the coming months. 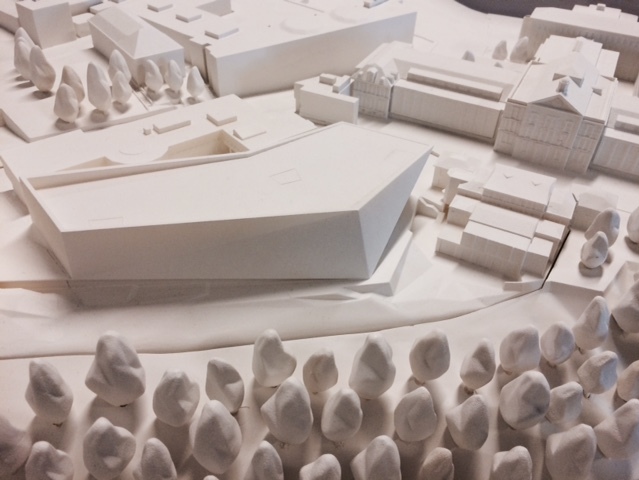 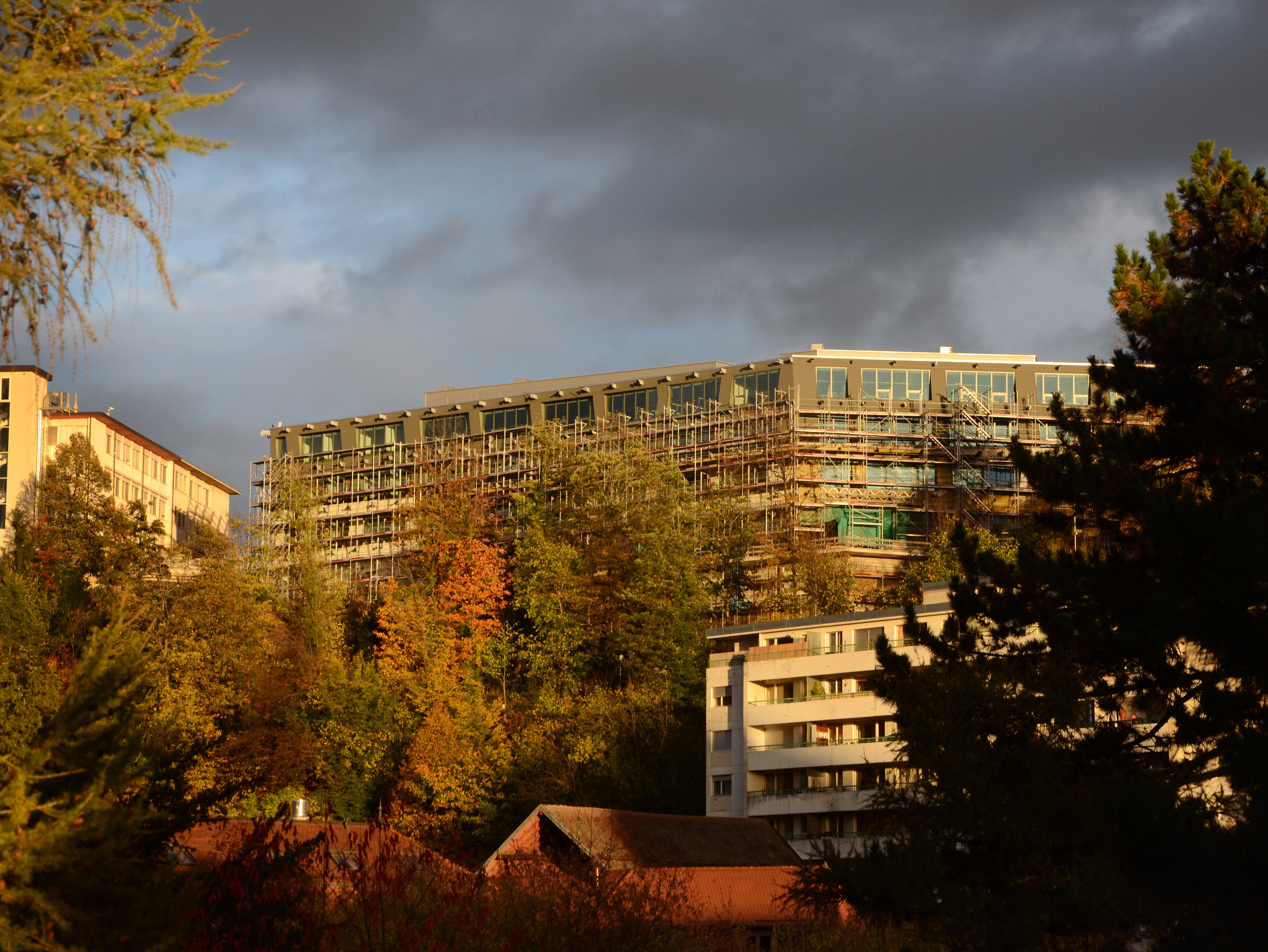 The AGORA takes shape behind its scaffolding (c) SAM-CHUV 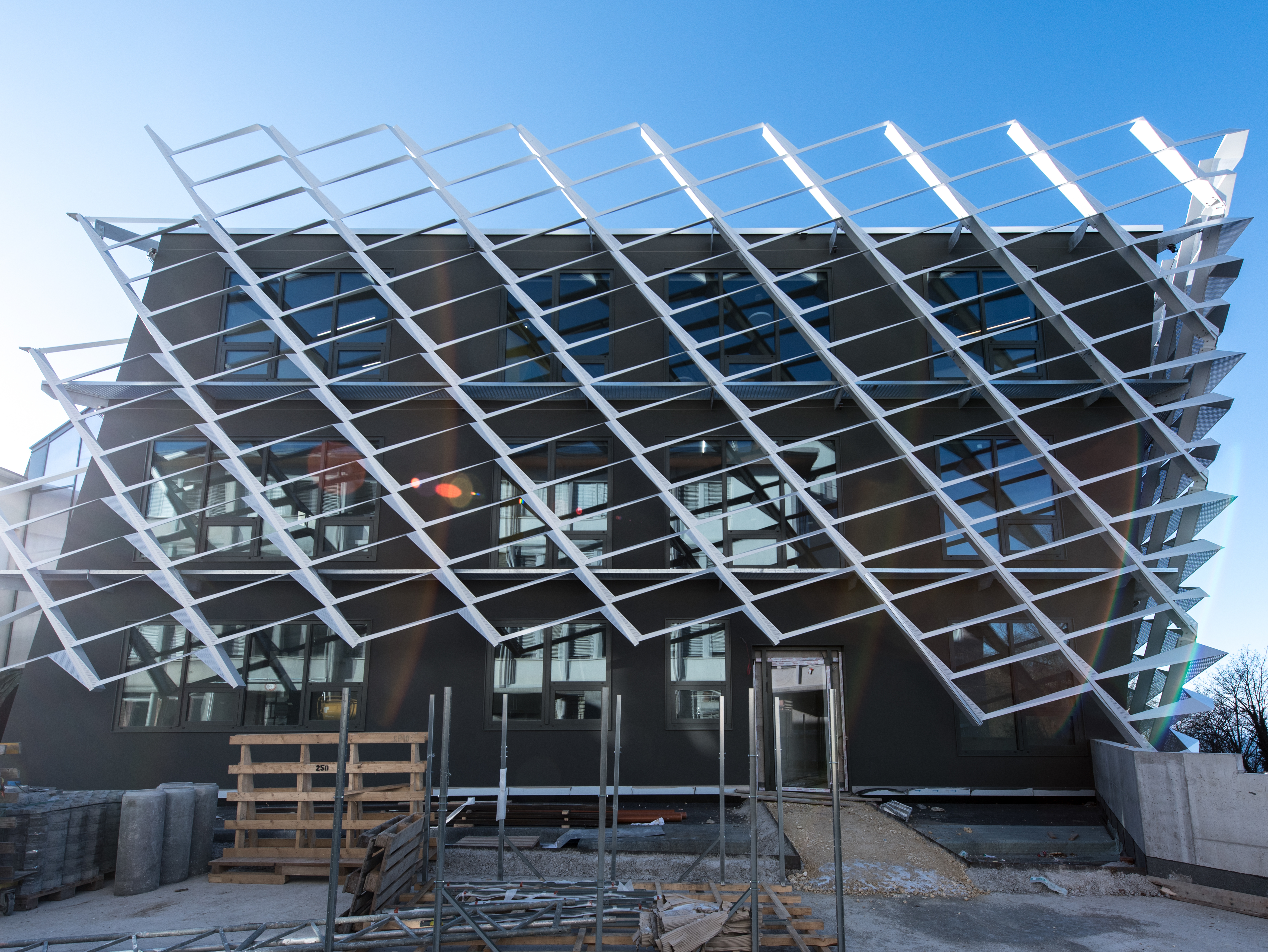 By invitation of ISREC Foundation, sponsor of the construction, over one hundred guests took part in the official ceremony marking the beginning of Agora's construction, on 29th September 2016. The guestlist included representatives of the local authorities and partnering insitutions. 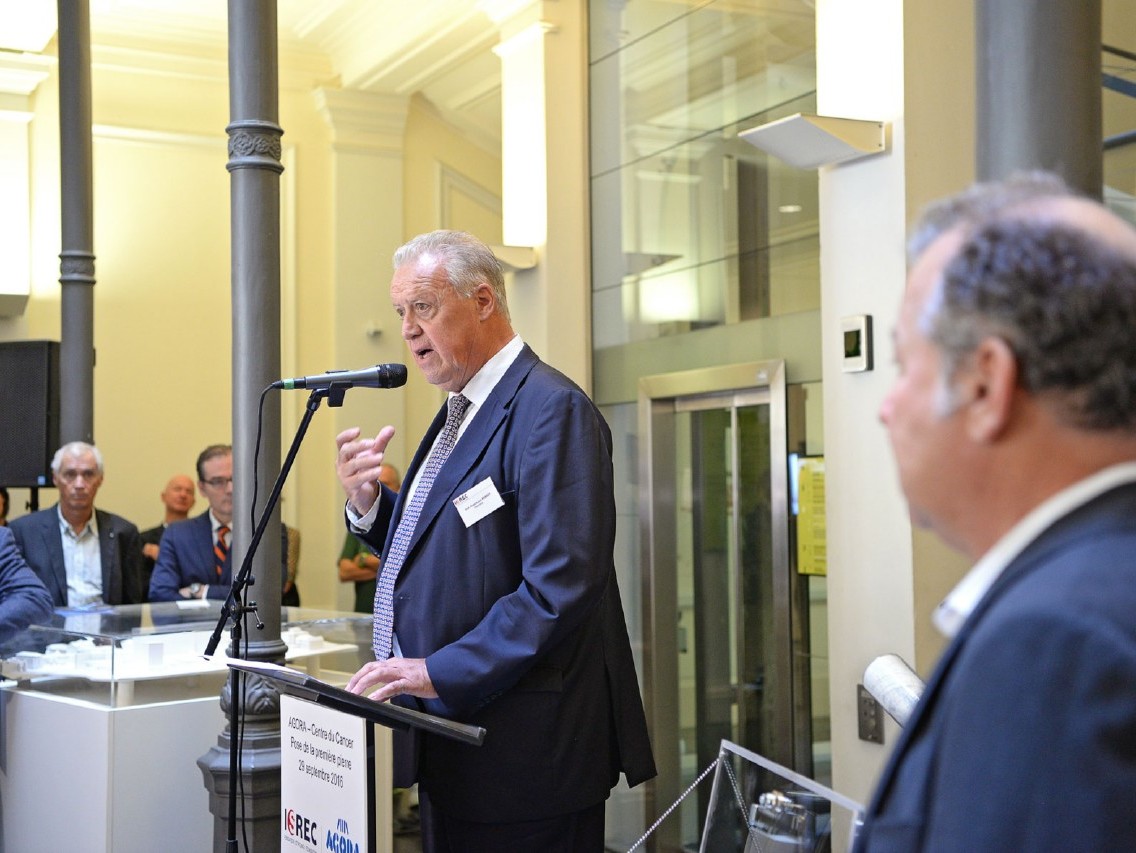 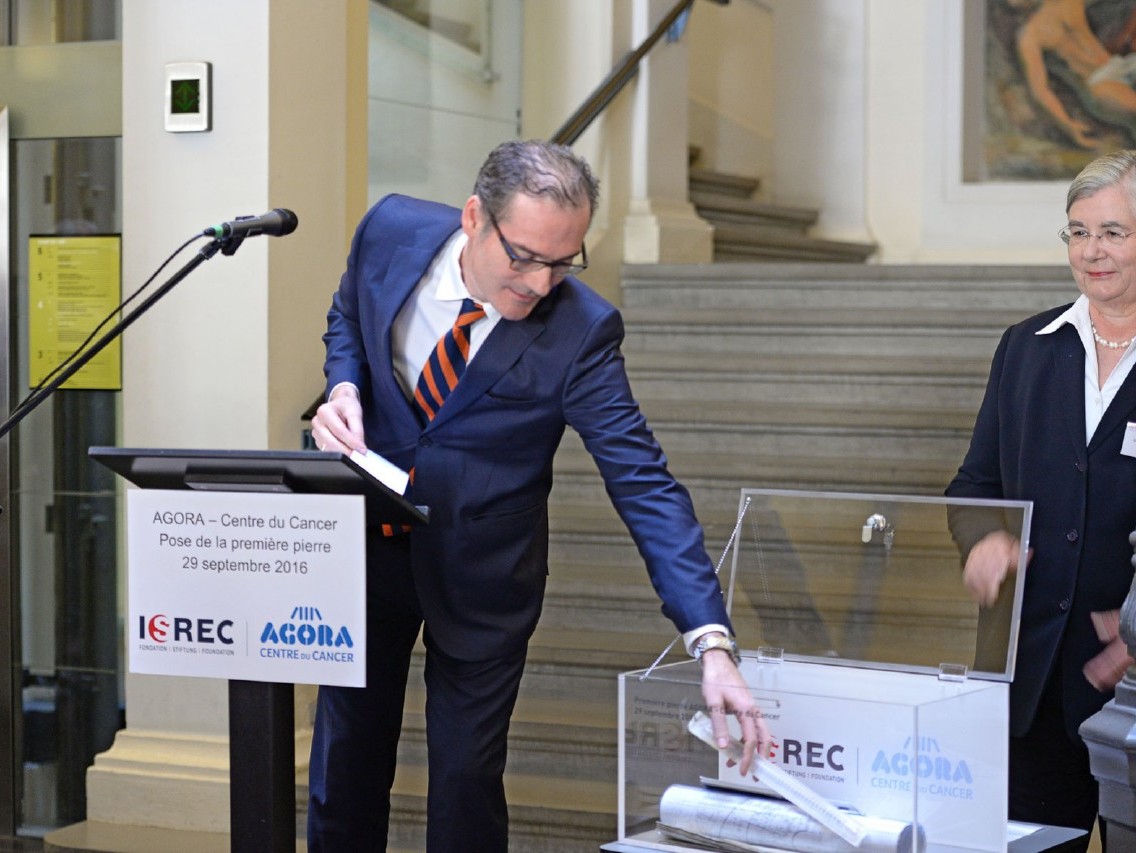 Head of UNIL CHUV Department of oncology, Director of the Lausanne branch of the Ludwig Institute for Cancer Research 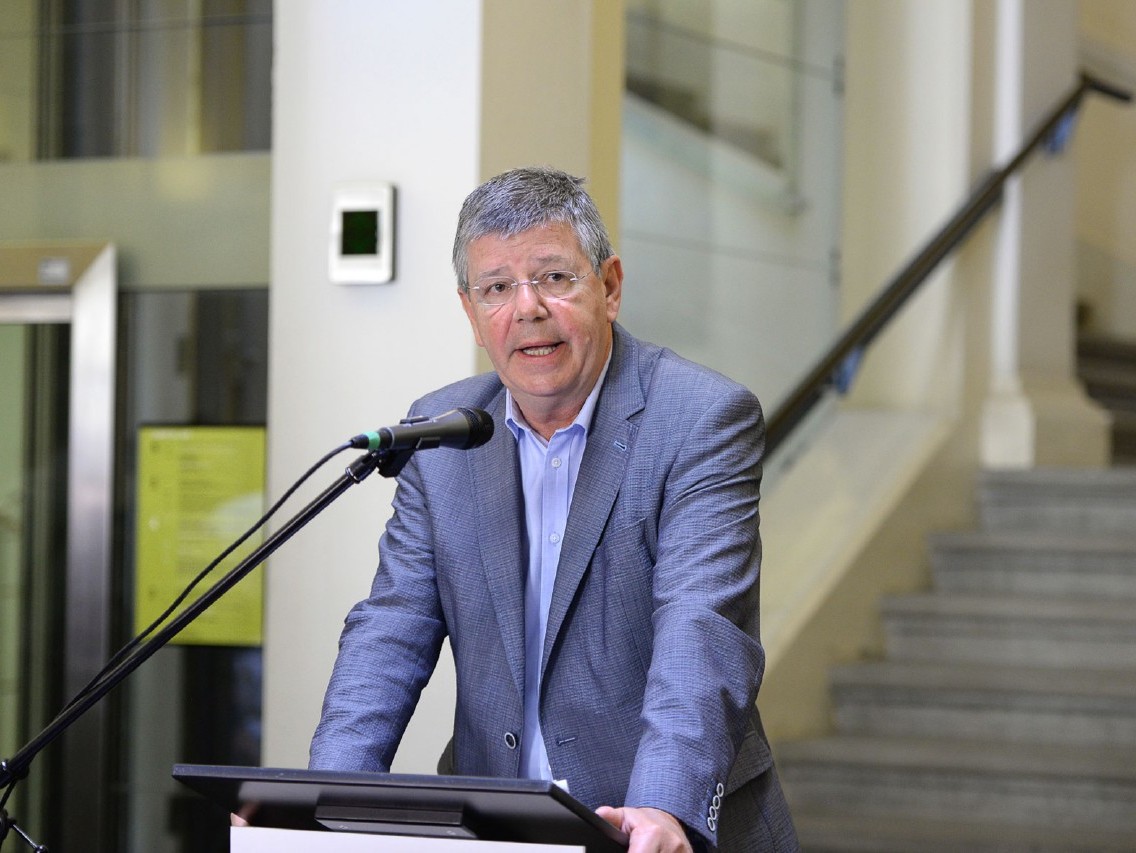 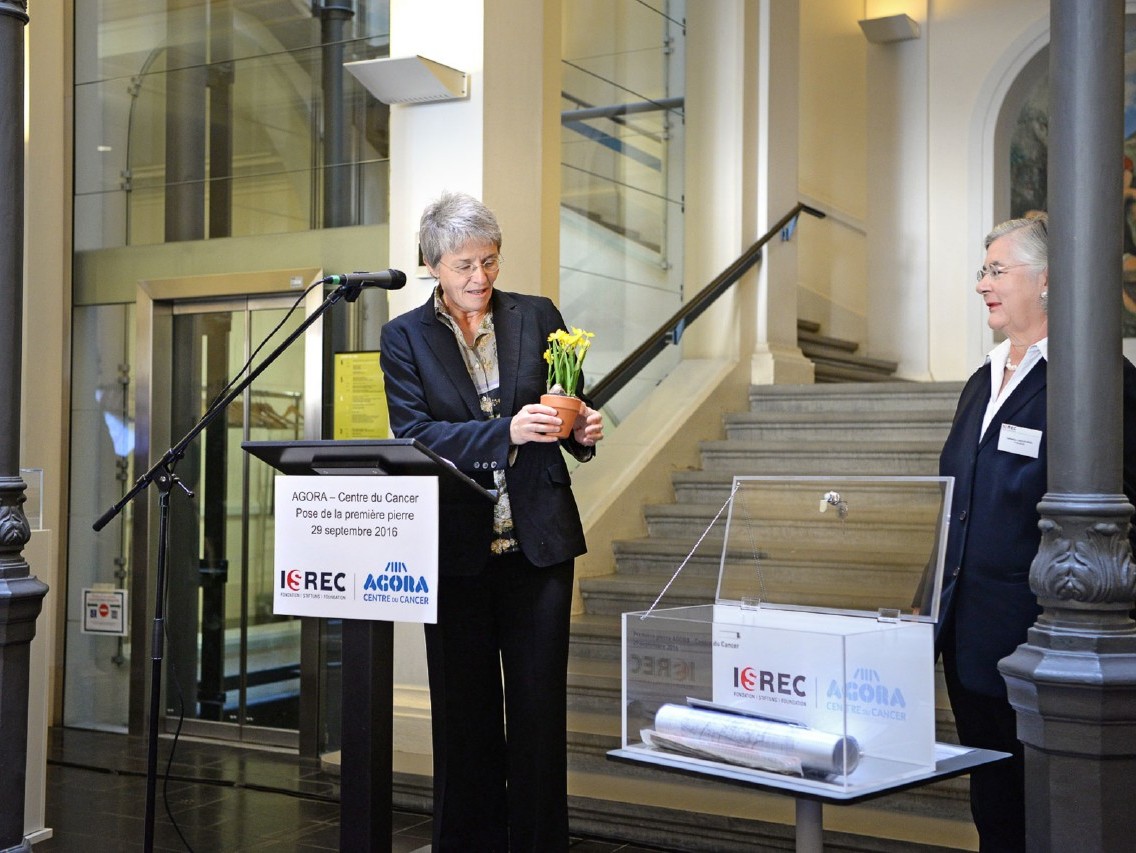 Canton of Vaud Minister for training, youth and culture (DFJC) 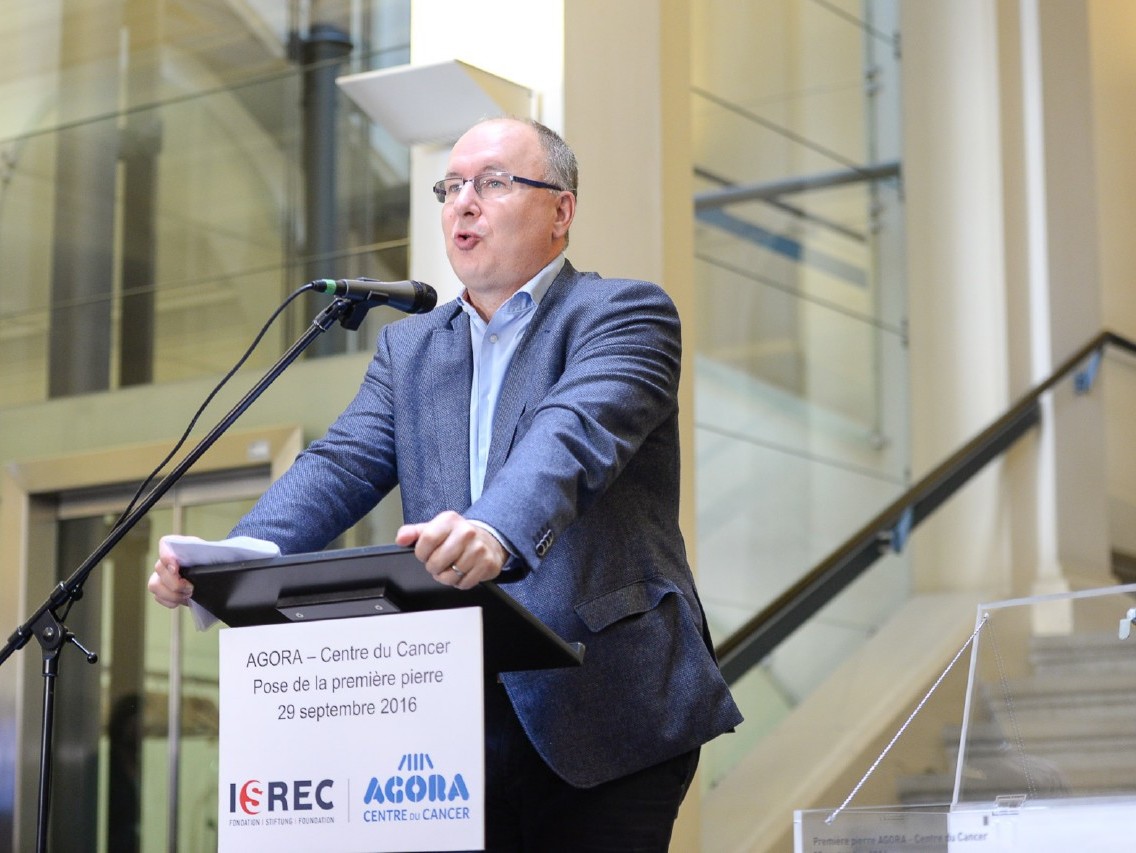 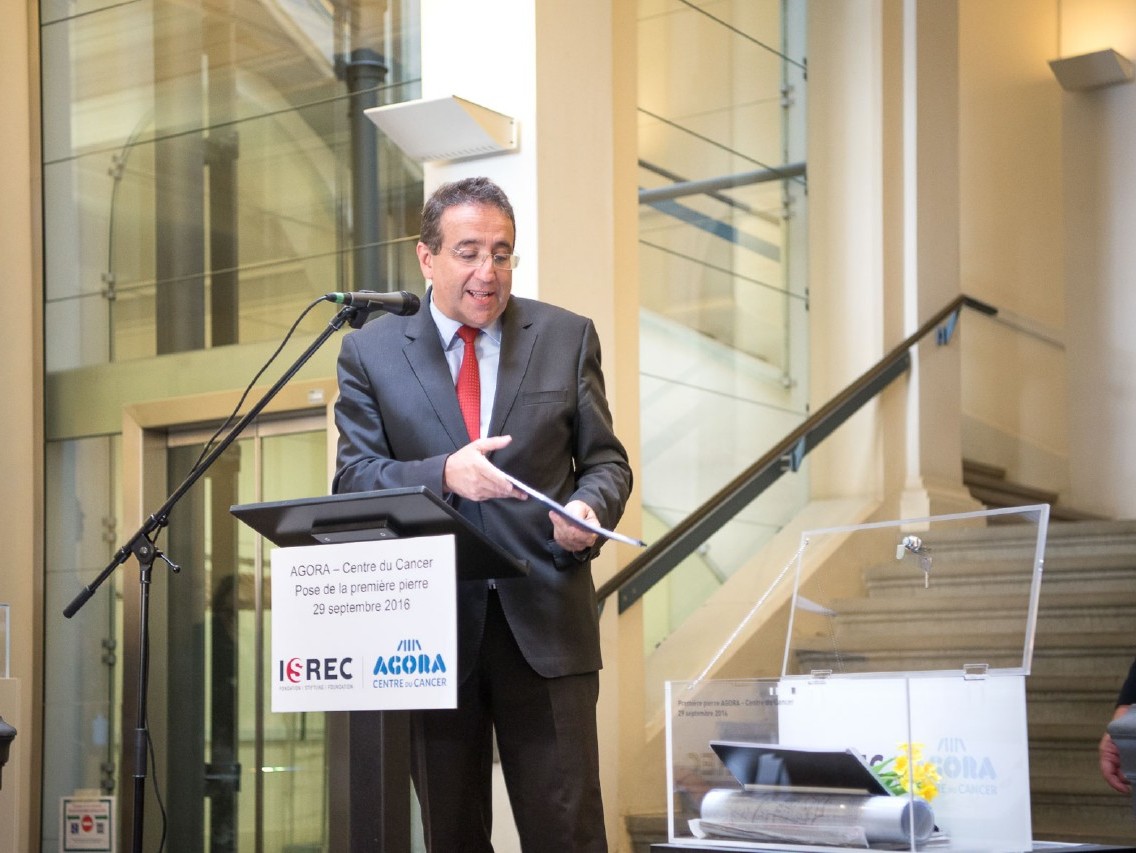 Canton of Vaud Minister of finance and external relations (DFIRE)