Lausanne University Hospital (CHUV) and the ISREC Foundation have announced that funding is now secured for the translation to the clinic of a leading-edge radiotherapy technology to treat the most resistant types of cancers. This innovative development in radiotherapy selectively kills tumour cells while sparing healthy tissues. Its successful entry into the clinic would be a first world-wide and could be used to treat a broad range of cancer patients with FLASH therapy. The 25 million Swiss Francs donation extends initial efforts pioneered by radiation oncology at CHUV, and will enable its specialists to collaborate with CERN’s experts in accelerator technologies, to design and construct a dedicated FLASH radiotherapy platform. 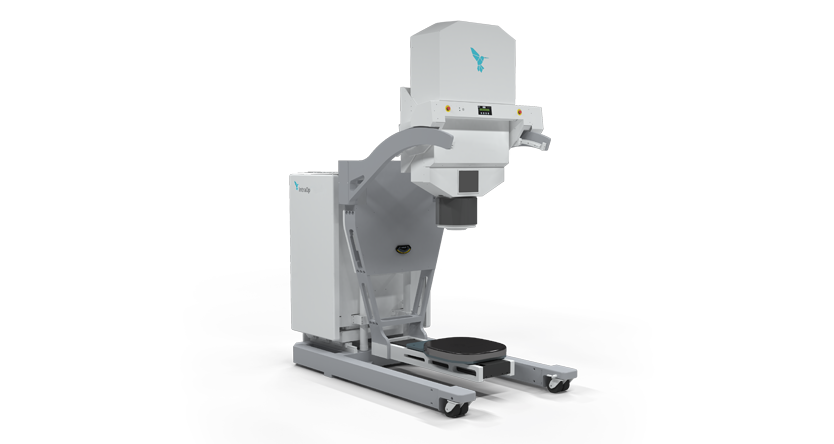 Over the last decade, technological advances have transformed radiation therapy into a precise and powerful treatment for cancer patients. Radiotherapy has long been used to treat cancer patients, but innovations have been slow in coming. Nearly 40 years ago, it was observed that a high dose of radiation applied in a very short time (irradiation “in a FLASH”), could selectively damage tumour cells but not neighbouring healthy tissue. This observation lay dormant for many years, until certain radiation oncologists set about reproducing these results. Pr Jean Bourhis, Head of Radiation Oncology at CHUV and his team were among these pioneers.

This FLASH effect has given impressive results and is now opening new perspectives for radiation-resistant tumours where increasing the dose of conventional radiotherapy would provoke damage to healthy tissue. Conventional radiotherapy is delivered in minutes, while FLASH radiotherapy is delivered in milliseconds. It is this extremely short time exposure that spares healthy tissue while effectively killing tumour cells. Over the past year, in a pilot project also supported by the ISREC Foundation in the same way as the present project, the CHUV created two FLASH clinical prototype instruments, capable of treating tumours up to a depth of about 3cm. In addition, clinical trial for the treatment of superficial skin cancers with FLASH has now opened for enrolment at CHUV. “FLASH radiotherapy opens up major perspectives for significantly improving both cancer patients’ standard of care and their quality of life. These criteria are a cornerstone of the foundation’s mission, and pivotal to our evaluation of cancer research projects to which we decide to commit.” says ISREC Foundation president, Pr Pierre-Marie Glauser.

The 25 million Swiss francs funding for this phase of the CHUV FLASH radiotherapy programme addresses the as yet unmet need in FLASH treatment of deep-seated tumours. On a technical level, treating with FLASH deep in the body calls for very high-energy beams with related challenges that only a limited number of highly specialised institutions worldwide can address. CERN is one such and together with CHUV radiation oncology, biology and medical physics experts, forms the project team that design a world-first purpose built high-energy electron FLASH therapy facility, to be installed and clinically operated at CHUV.

“This is an innovative, interdisciplinary project that brings together biologists, physicists and MDs in close collaboration. It is often at these interfaces that breakthroughs are made, and we are confident that this collaboration between CHUV and CERN will bring FLASH to a level of efficacy and implementation never previously seen. ISREC foundation is dedicated to facilitating this kind of translational cancer research.” highlights Professor Susan Gasser, ISREC Foundation Director.

The development of this phase of the FLASH programme is made possible thanks to the exclusive financial support of the Biltema Foundation. “Biltema’s generous donation represents exactly the level of impetus that is needed to create a gateway from an experimental stage to the clinic. It will greatly benefit future cancer patients.” adds Pr Gasser. Biltema and ISREC supported the initial phases of the FLASH programme, through a donation of 1 million Swiss Francs.

Over the next four and half years, the components and the technology of the FLASH device will be developed, manufactured, calibrated and assembled. A dedicated facility to house the apparatus at the CHUV will also be built. The ISREC Foundation Scientific Council will act as the monitoring authority for the project. Once the entire platform has undergone clinical validation, the team expects the first patients to be treated, in the context of a clinical trial, in the course of 2025. The device will be capable of delivering FLASH radiation to all types of tumours up to 20 centimetres deep. “The remarkable sparing of healthy tissues obtained with FLASH therapy should allow an increase of the radiation dose to tumours and thus better control of the least curable ones such as glioblastoma which will be one of our first targets.” indicates Pr Jean Bourhis, leader of the FLASH radiotherapy programme at CHUV.

“The calibre of such a project and the trust placed in us by the ISREC Foundation through the support of its generous donor only go to confirm the CHUV’s position at the forefront of research and clinical excellence worldwide. Such magnitude of support can but fuel the dedication of our public health professionals, and their partners, in relentlessly striving to bring innovation to cancer patients.” notes Pr Philippe Eckert, CHUV Director general.

Contacts for questions to ISREC Foundation

The ISREC Foundation is a private non-profit foundation and was founded in June 1964. Its mission is to support cancer research projects, particularly projects that promote knowledge transfer and collaboration between basic and clinical research, as well as those that nurture the next generation of scientists and academics in these fields.

Over the past 55 years, some 150 personalities from Switzerland and abroad, including five Nobel Prize winners, have served as members of the Foundation Council or the Scientific Board of the ISREC Foundation. The Foundation has supported significant research projects and discoveries, notably in the areas of mutagenesis, genome instability and repair, immunology, immunotherapy, the cell cycle, cell biology, tumour virology, oncogenes, cell differentiation and bioinformatics. For several decades, the work accomplished by scientists supported by the Foundation has contributed to a better understanding of the mechanisms underlying cancer and to the identification of novel therapeutic targets.